Every parent knows that traveling with kids is a challenge. It doesn’t seem to matter if it is just down the street to school or a cross country road trip, having kids in the vehicle increases the stress level to the point that it is amazing that any family ever makes it to their destination safely. Honda is working hard to make sure that every family has a better and safer experience in their vehicles.

The 2019 Honda Odyssey Elite is no exception. 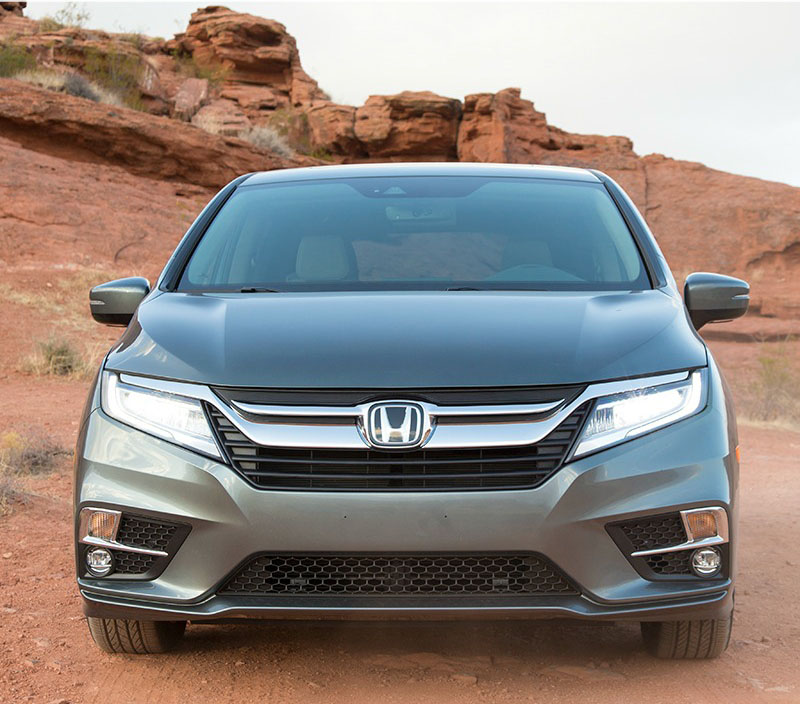 With having 6 kids, I thought I had seen everything. I was honestly shocked that Honda could solve issues I didn’t know I had. Let me explain…

I’m sure every parent on the planet has at some point sat their kid in front of the tv and tried to distract them for a while. I found out quite a while ago that somehow playing a DVD in the car silences kids from yelling “She touched me!!!”. What I didn’t know was that if you stream an entire season of Daniel Tiger on PBS kids using the Odyssey’s AT&T hotspot, that somehow they will start hugging each other and singing “Won’t you be my neighbor, won’t you be my friend?” 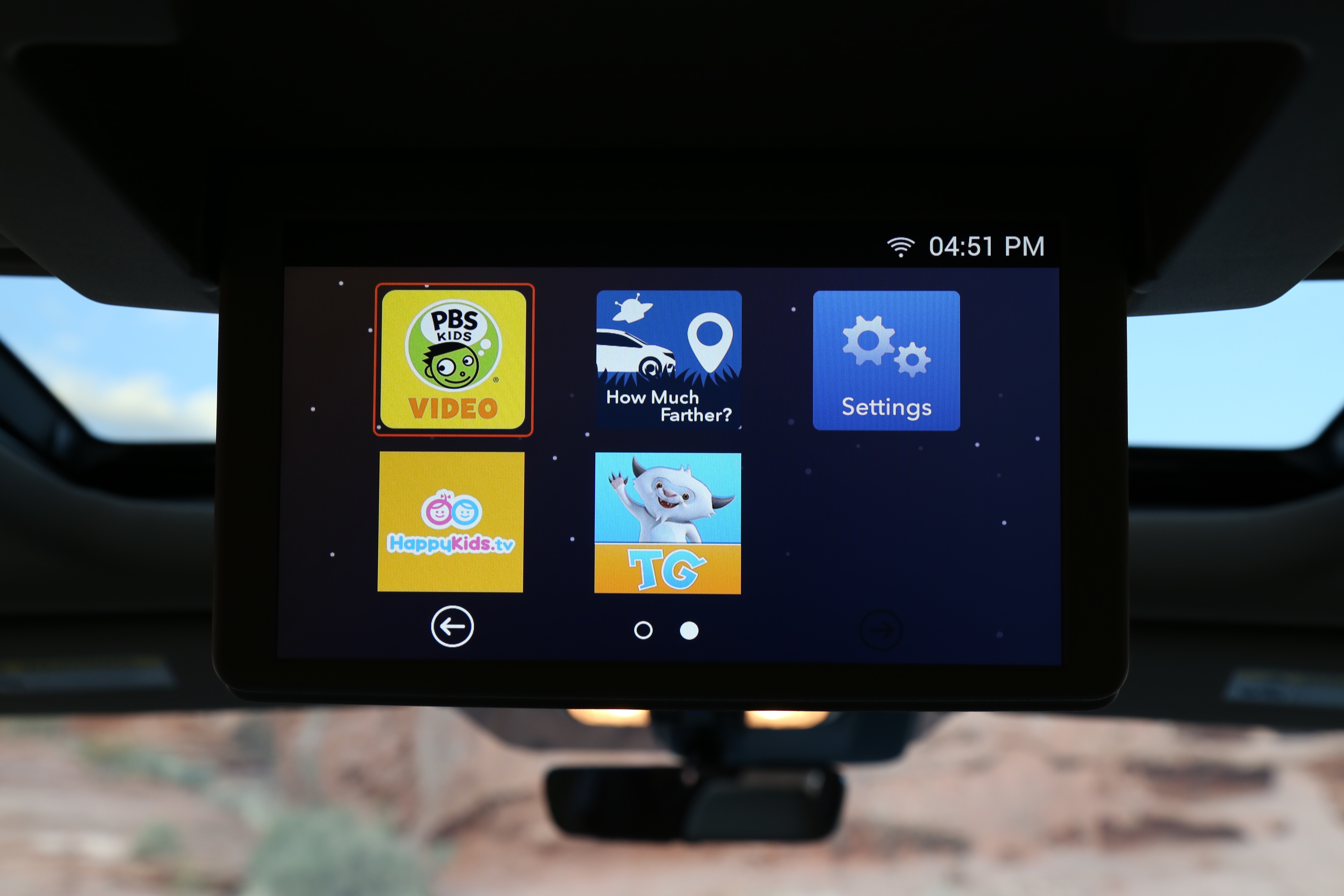 Now I know you might be saying “That’s great but my teenagers hate that show. What about them?” That’s where Cabin Control and Social Playlist come in. Honda has created an app that works with the built-in hotspot in the vehicle that goes a long way to letting those harder to please occupants think they are getting their way while still keeping your sanity. 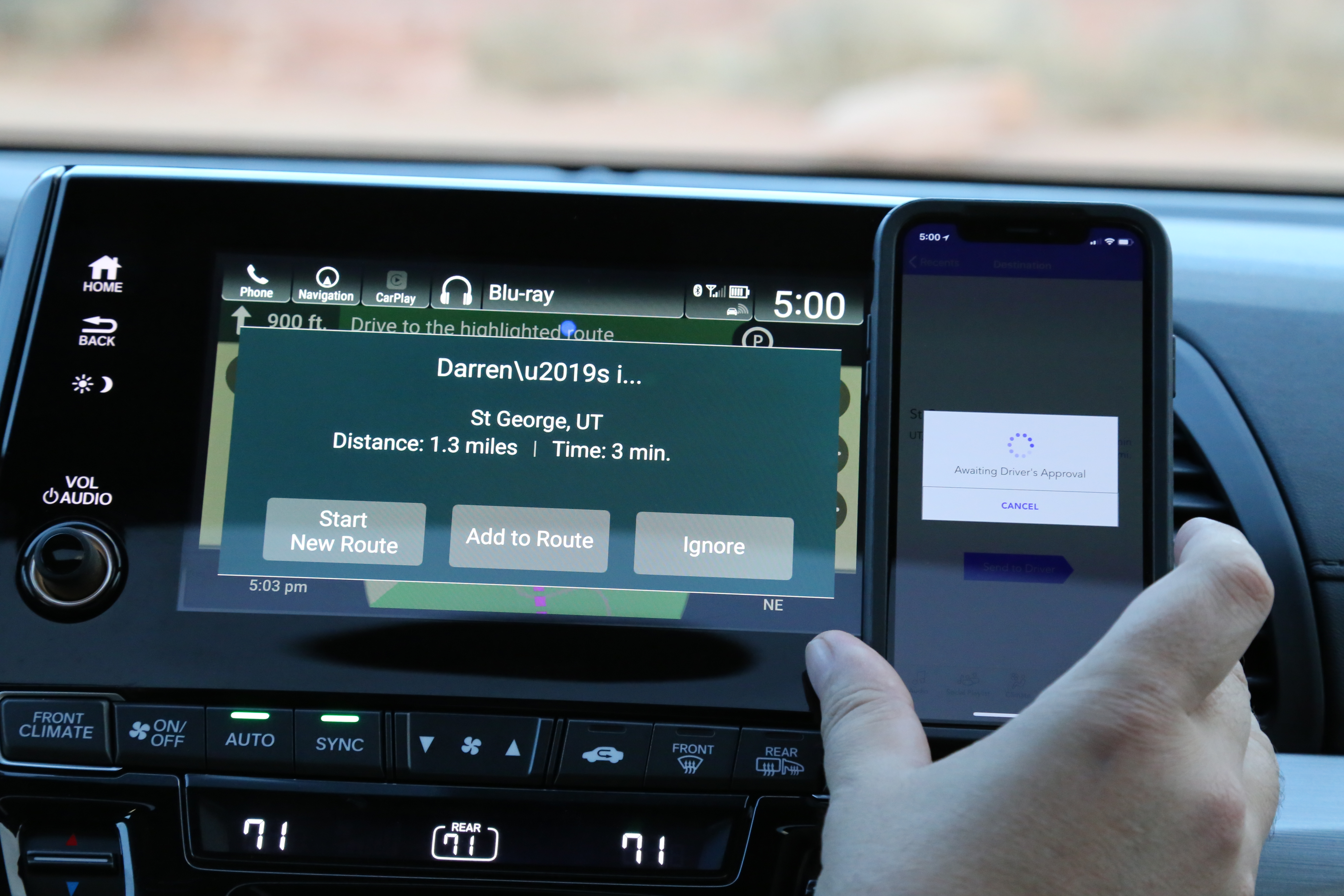 Cabin Control has neat tricks like allowing them to control the second and third-row climate control system from the app and letting them send where they want to go to the vehicle’s navigation system (where the driver can approve or reject) from their phones. But Social Playlist is the really what my teens loved. It lets up to 7 different devices send songs to the vehicle which creates the ultimate random playlist with everyone getting something they like. I had no idea Social Playlist would cause my teenage son to take out his headphones and ask questions about my song selections. 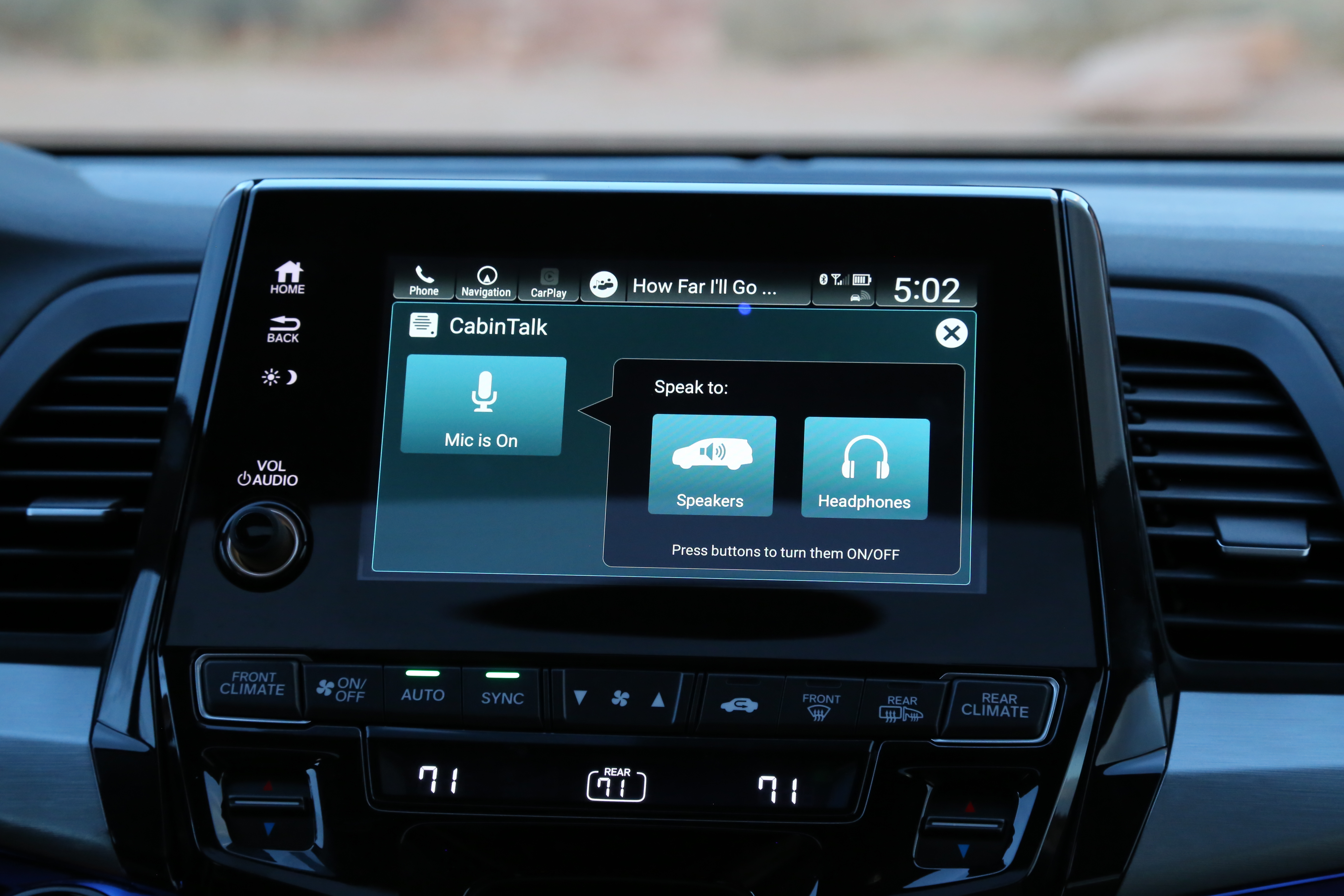 Which brings me to CabinTalk. At home, when you call your kids, most families either yell for them or send a sibling to get them. If you have a smart home, you might use some sort of intercom system with Amazon’s DropIn to make your life easier. In most large vehicles, you end up yelling to the back row. Cabin Talk is an intercom system for the Odyssey. Simply hit a button and your voice comes through every speaker in the vehicle even if they are using the wireless headphones to stream Netflix so my son didn’t have to yell “Who is Vanilla Ice?” to inquire about my song choice. 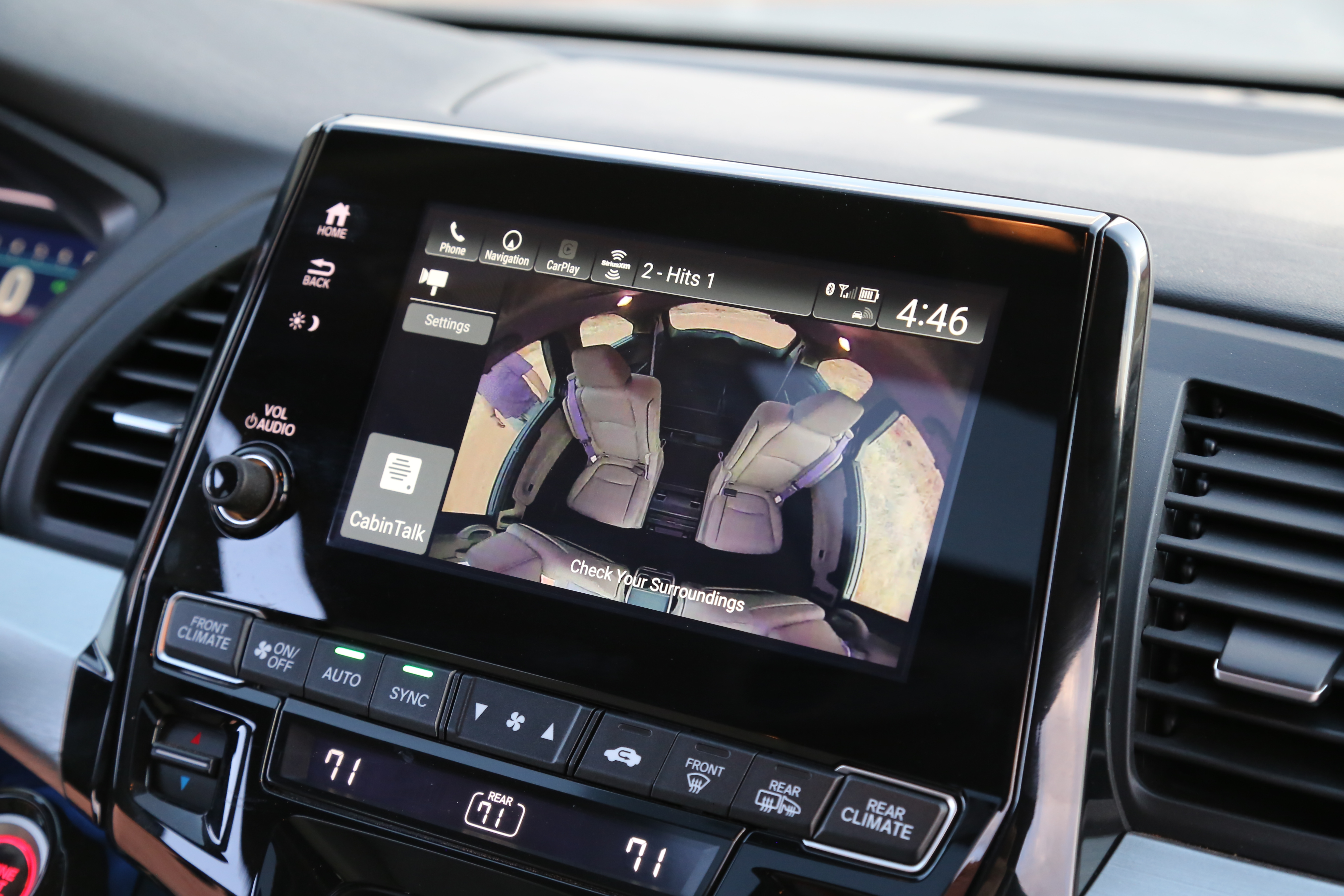 CabinWatch is like an Arlo smart home camera for the car. Most parents will deem this as unnecessary until they realize that it lets you see when that sneaky little toddler maneuvers her way out of her car seat straps or drops her drink on the floor and doesn’t want to tell you. They can’t even hide their messes at night. I was surprised at how often we turned it on and much preferred it over the rear occupant mirror. 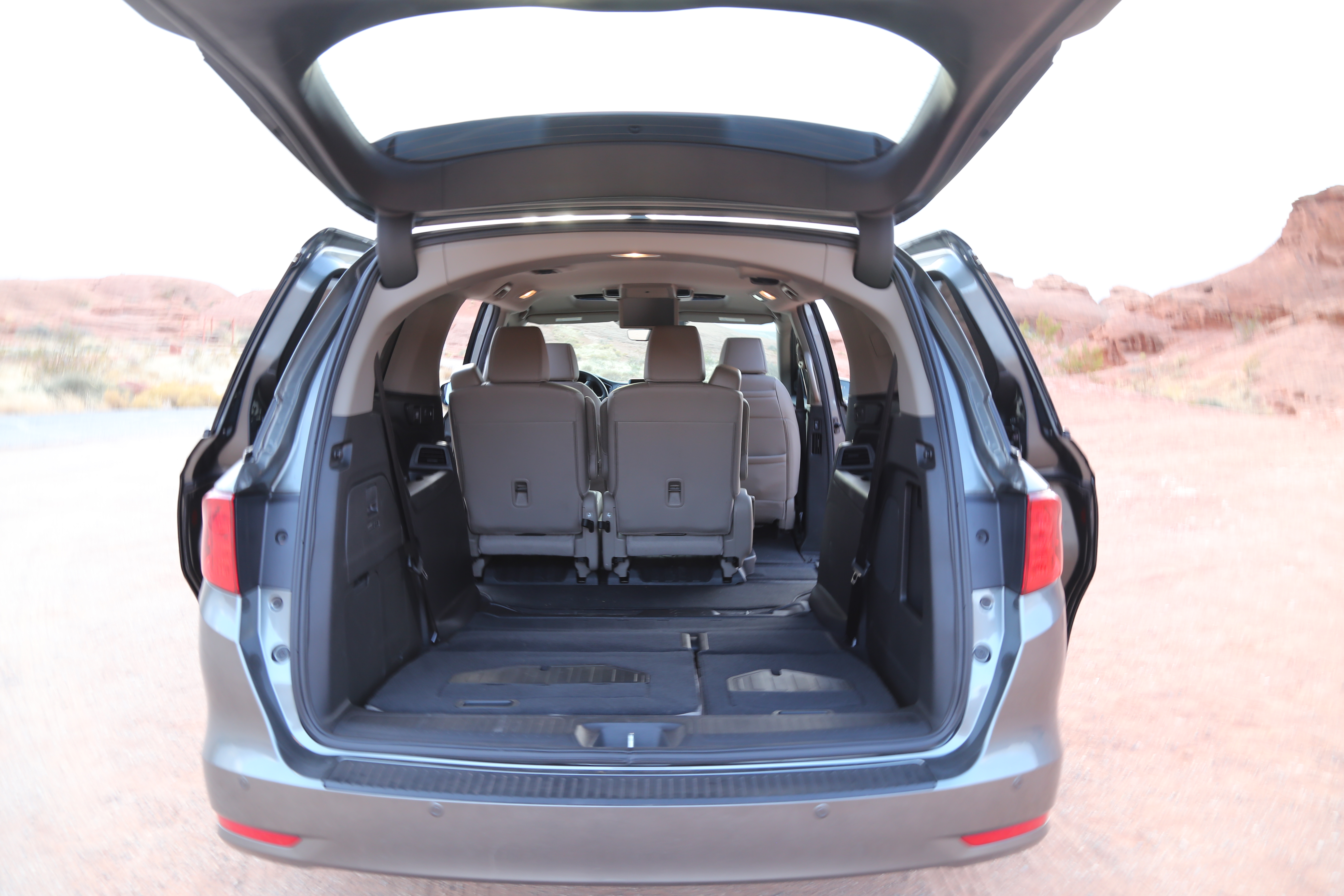 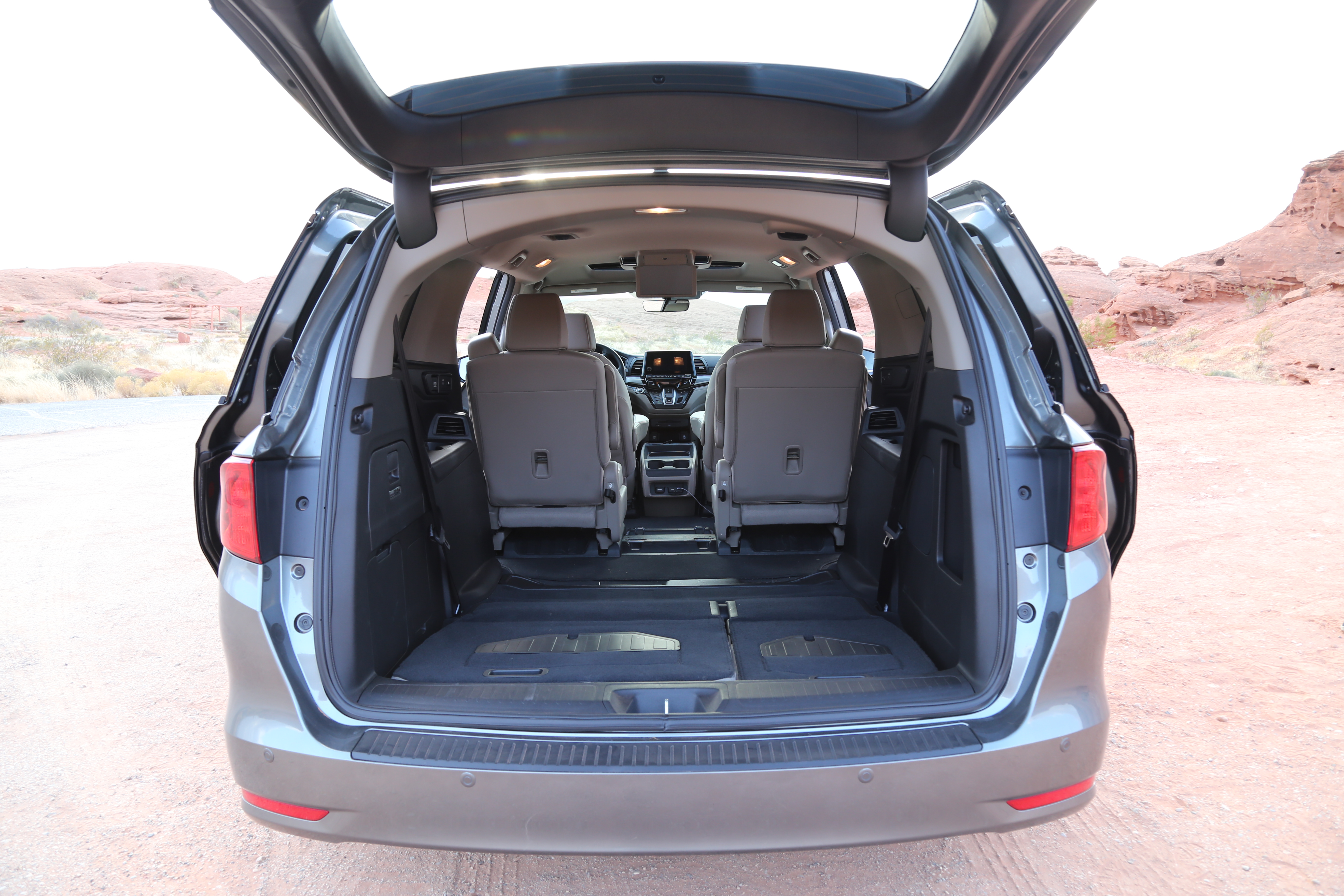 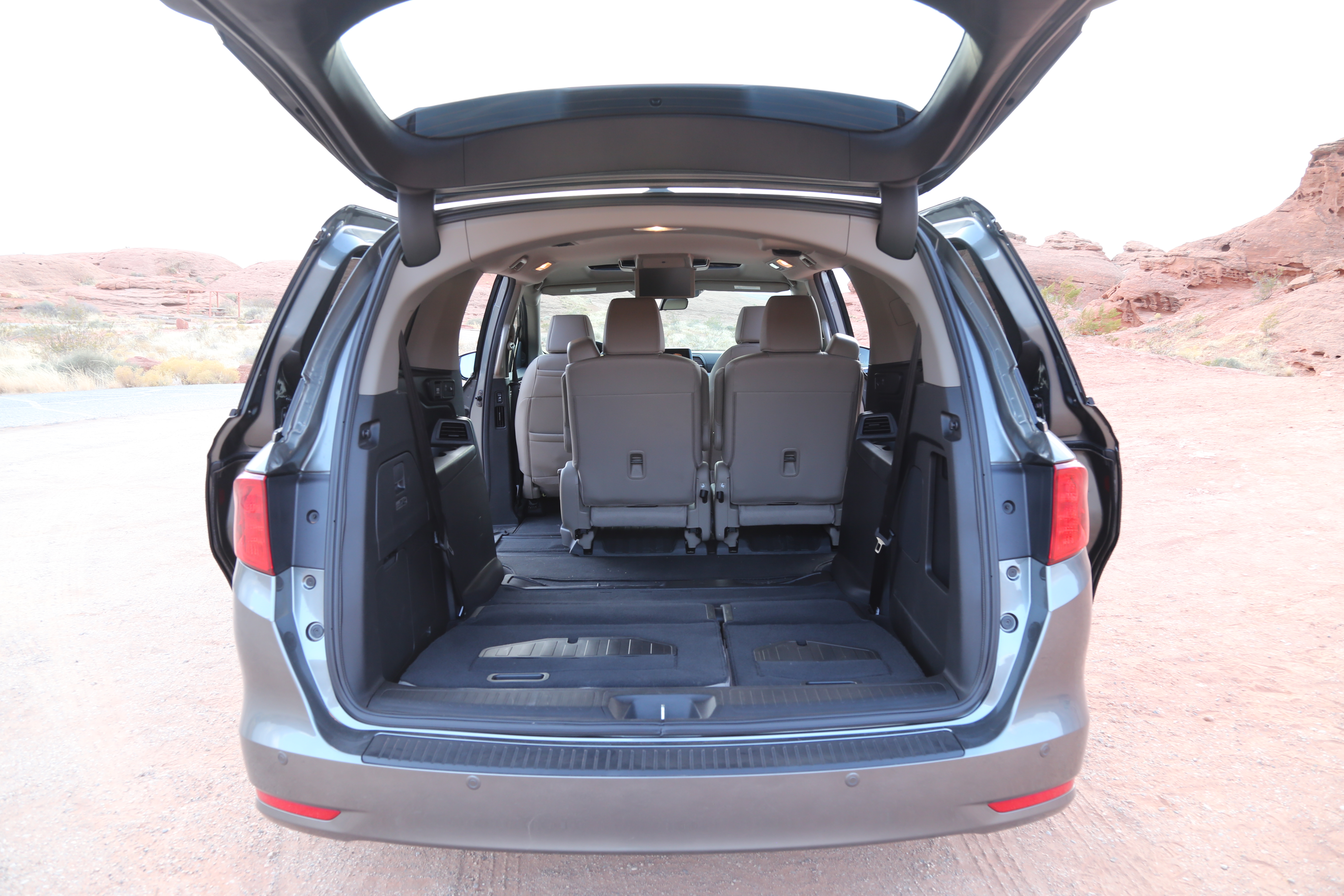 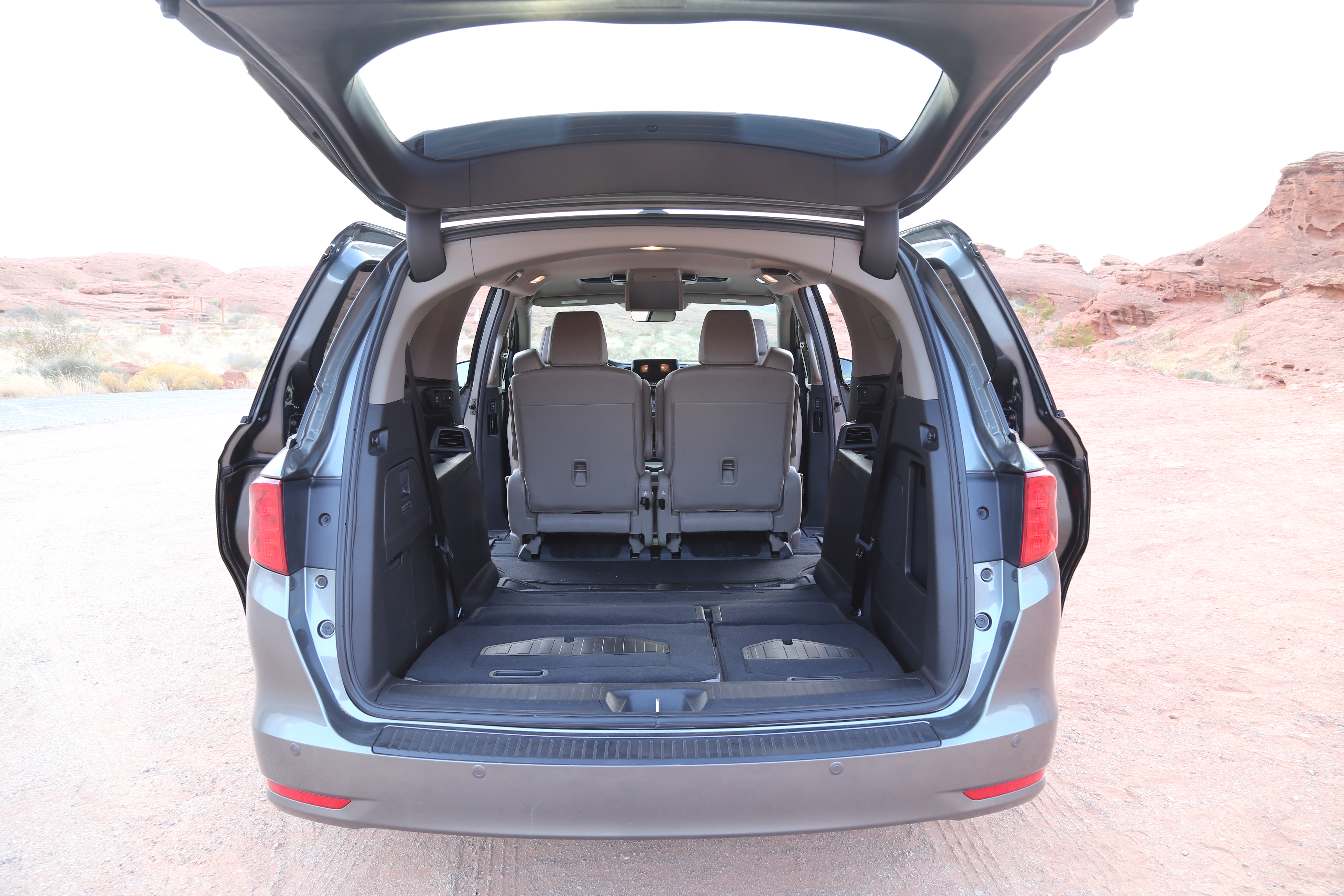 Most minivan’s today seat 7 or 8 passengers. With our full household, needing 8 seats is the norm. I will admit that with all 8 seats in the Odyssey, access to the third row is a bit cramped but it works. We also successfully put 3 narrow car seats in the third row allowing my 3 older boys to sit in the much larger second row. The boys weren’t cramped although the girls did complain that they struggled to see the tv over my basketball player sons.

Where the Odyssey’s seating configuration really shines is with 7 passengers. When not needed, the second-row middle seat easily lifts out to make room for the Magic Slide seats. With just grabbing a handle, the 2 second row bucket seats slide from side-to-side. In seconds you can separate your kids from picking on each other by creating two outboard seats or if you prefer, you can create a wide aisle down accessible from either power sliding door or narrow ones for little kids to get in the third row from both doors.

Now for the trunk…Provided you don’t have that removable 8th seat stored in the trunk, there is tons of space for even double strollers and I can’t say enough good things about the idea of Honda putting a ShopVac in the trunk so you don’t have to wait to take the van to the carwash to clean up those dropped french fries. My only minor complaint is that I wish it was designed so my kids could clean up their messes before I got involved but I guess Honda is all about safety (I could write another whole post about the safety features) and there probably isn’t a good way to make my wishes come true. 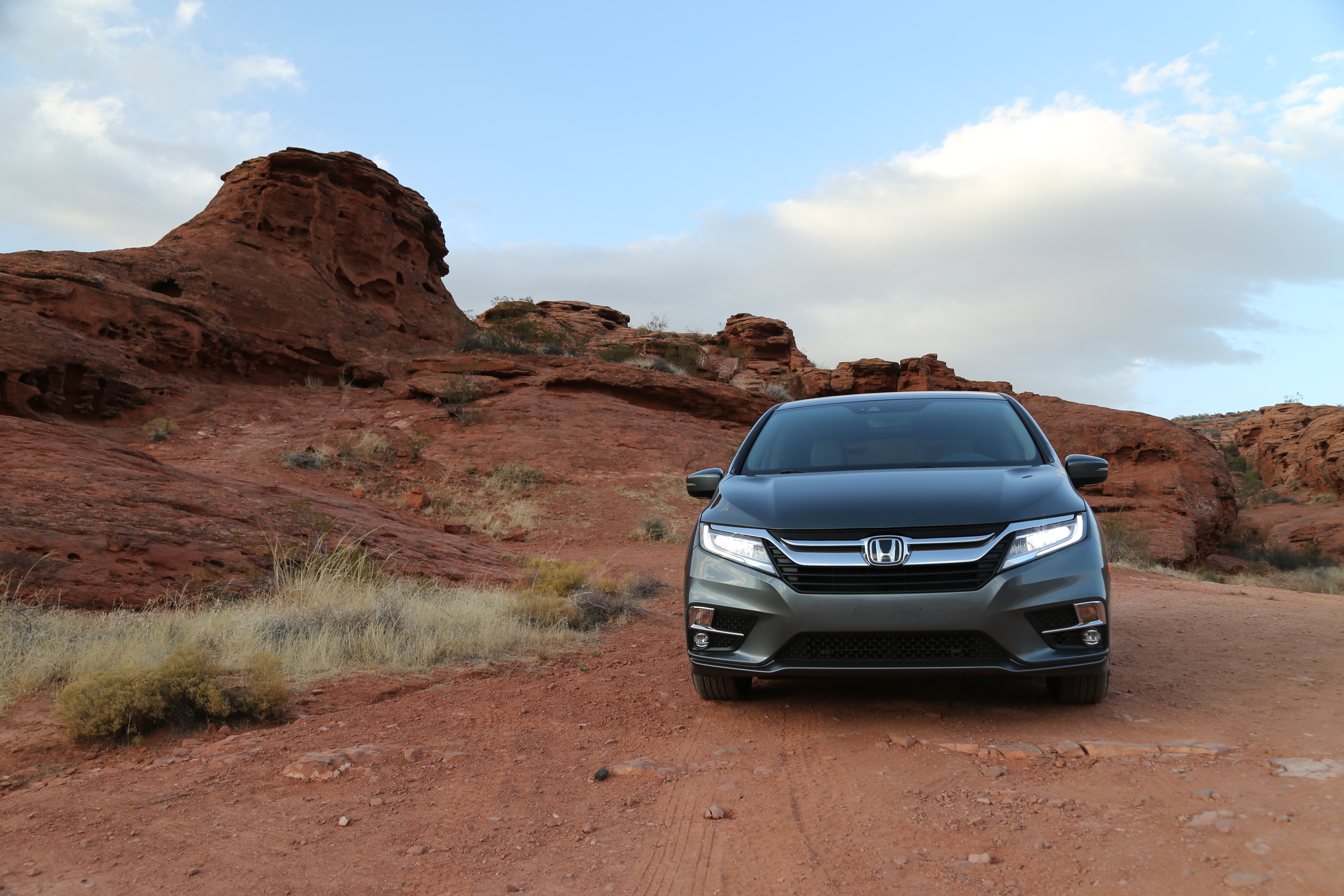 If you have read this far, you are probably getting the impression by now, that I love how Honda has made my life easier as a parent. Even if you are not typically a minivan parent, the Odyssey is worth checking out. 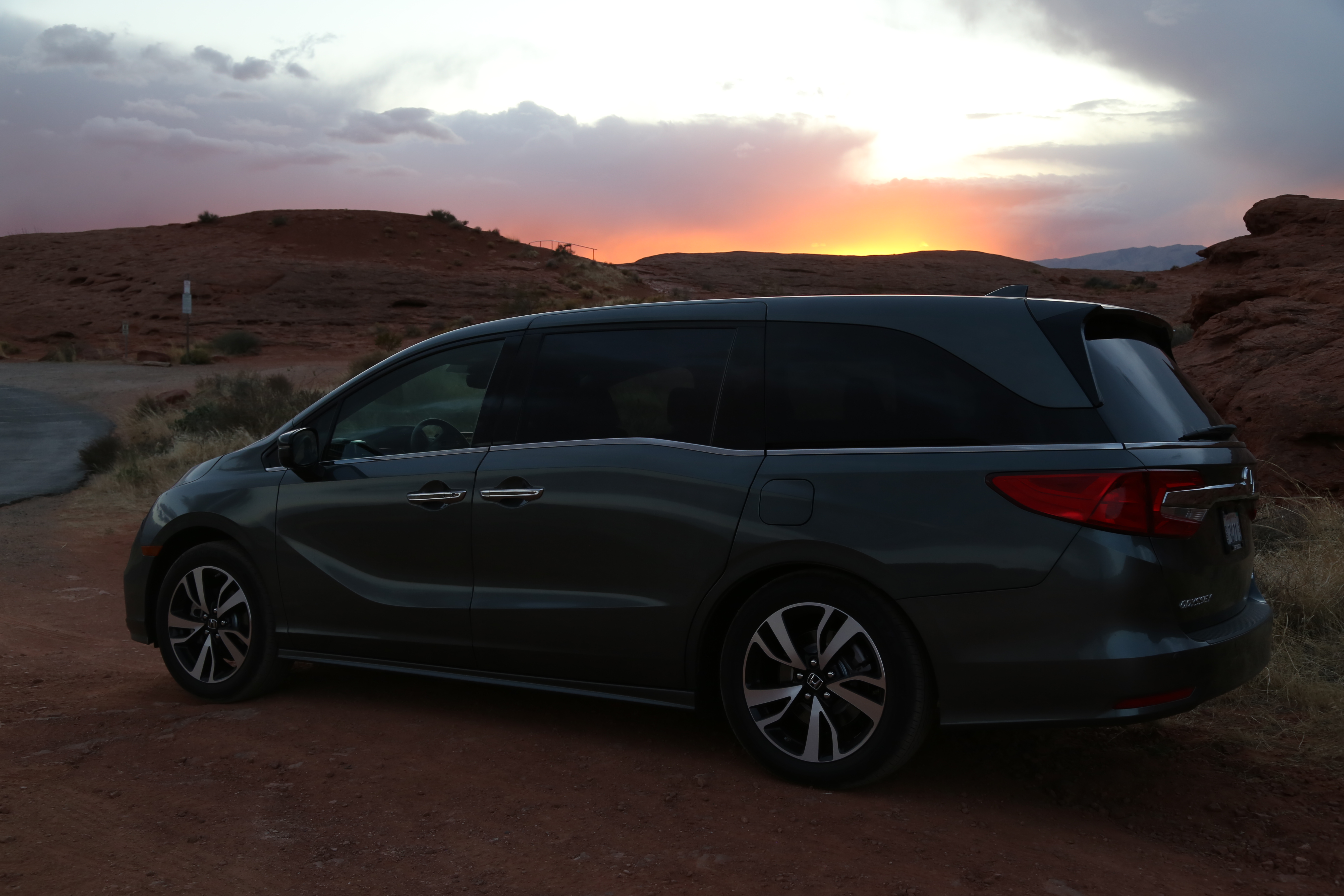 Previous Post: « 2019 Infiniti QX50: What a Crossover Should Be
Next Post: Is the Future of Driving Autonomous? »

Let's get a few things clear...

Yes. I must have my hands full.

Yes. They have given me a lot of grey hair.

...and yes. I wouldn't trade being a dad of 6 kids for anything.